Reading:
The Changing Face of Retail – A State of the Industry Report from ICSC
Share this: 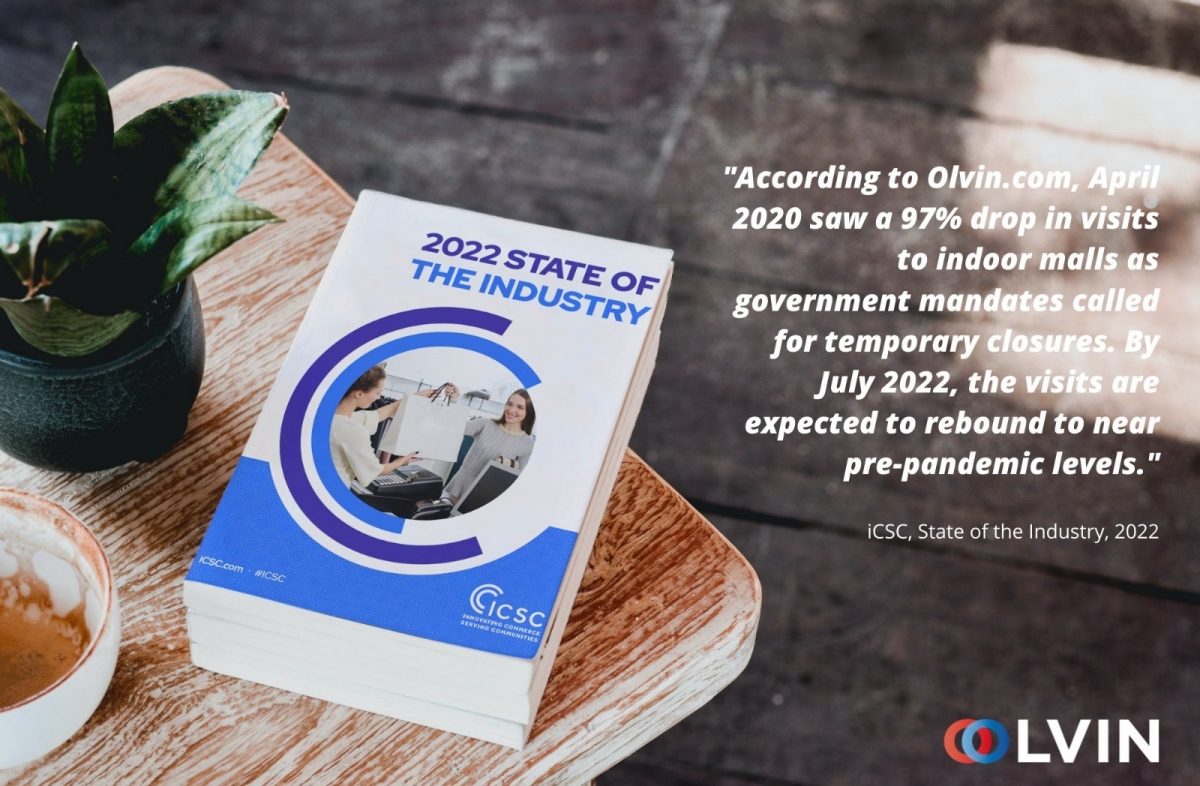 The retail sector has undergone an evolutionary process in recent years, and so far 2022 has been no exception. ICSC has recently published their annual research report into the state of the retail industry. With data provided by Olvin, the report outlines a positive beginning to 2022 and cause for optimism for the remainder of the year. While the pandemic has brought on a change in consumer behavior, ICSC’s report illustrates how brick and mortar retailers must move with demand, to ensure continued growth as shoppers starts returning to stores.

Foot Traffic on the Rise

Foot traffic analysis has always been a barometer for the health of the retail industry, and levels are starting to return to pre- pandemic levels. Olvin’s data shows that foot traffic figures are down just 7% from April 2019, a marked improvement from the 93% drop-off in April 2020. Using our predictive methodology, we can say with certainty that by July 2022, volume will return to near pre-pandemic levels. While these figures are encouraging, there has been a noticeable change in consumer behavior over the past few years. 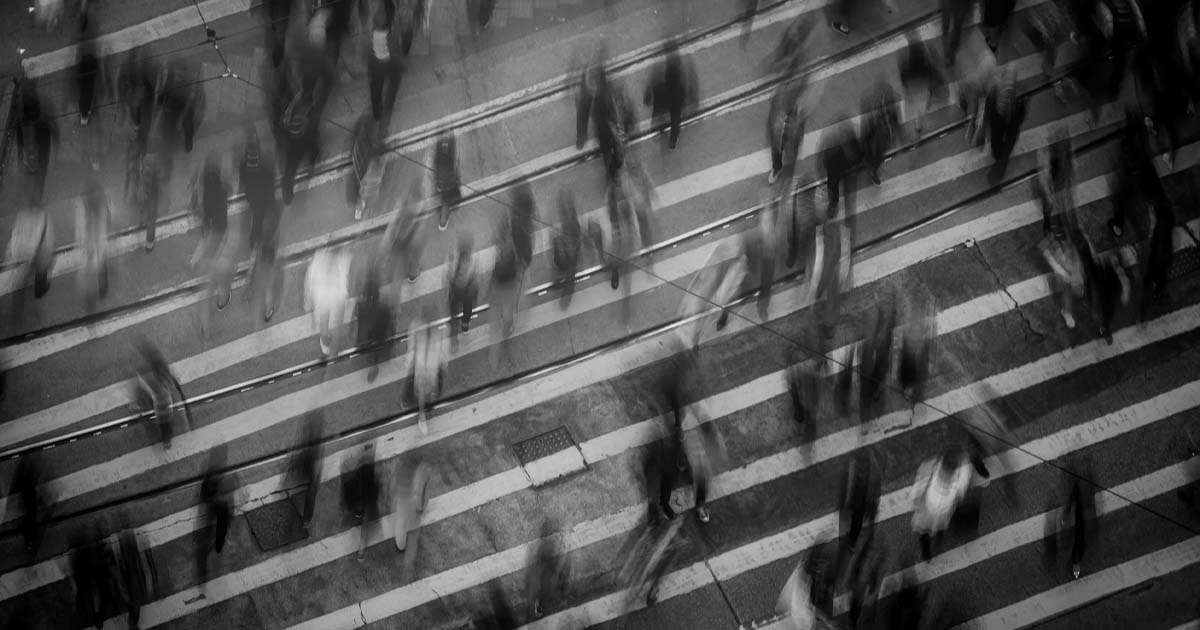 View these foot traffic insights and more, on Almanac.

A Change in Consumer Behavior

There is a noticeable increase in sales in brick and mortar retailers due to the increase in foot traffic. The ICSC report states:

“A closer look at store category performance shows how consumer behavior is changing as people gather to socialize in greater numbers—and refresh their wardrobes after two years of remote work. Sales per square foot in the 12-month period between March 2021 and February 2022 increased more than 207% for movie theaters, by 60% for shoe retailers, and about 56% for beauty suppliers” (data provided by Datex Property Solutions)

While increased sales figures is good for the industry, large retailers and smaller direct to consumer brands alike must be mindful of the way in which the pandemic years has altered consumer behavior. While the average shopper still prefers to visit a store, the rise in e-commerce has been accelerated by the pandemic. This has called for some retailers to change the use of their physical assets, moving away from traditional storefronts and reinventing as “design centers and e-commerce hubs”. Moving with the changes in consumer behavior, this design provides shoppers with both an e-commerce and physical store experience. This creates an omnichannel sales strategy to suit both consumer and retailer alike.

The Future In-Store for Retail

Olvin’s foot traffic predictive data shows cause for optimism for the retail industry in the coming months. Supported by other data sets, we can see a clear upturn in both foot traffic and purchases through 2022, which is set to increase through the remainder of the year. ICSC’s report also demonstrates a positive outlook for commercial real estate

“In the first quarter of the year, there were 2,500 physical stores announced to open, while only 200 closings were announced to close. ICSC forecasts that retail sales will increase by 5.9% in 2022.”

While numbers are on the rise, consumer behavior must still be considered. Brick and mortar retailers will continue to have to work to compete with the power of e-commerce. Tools such as Almanac can help retailers in the physical world with everything from providing the data to inform their next site, to planning stock levels based on foot traffic predictions.

How Data Analytics Can Help To Transform Retail 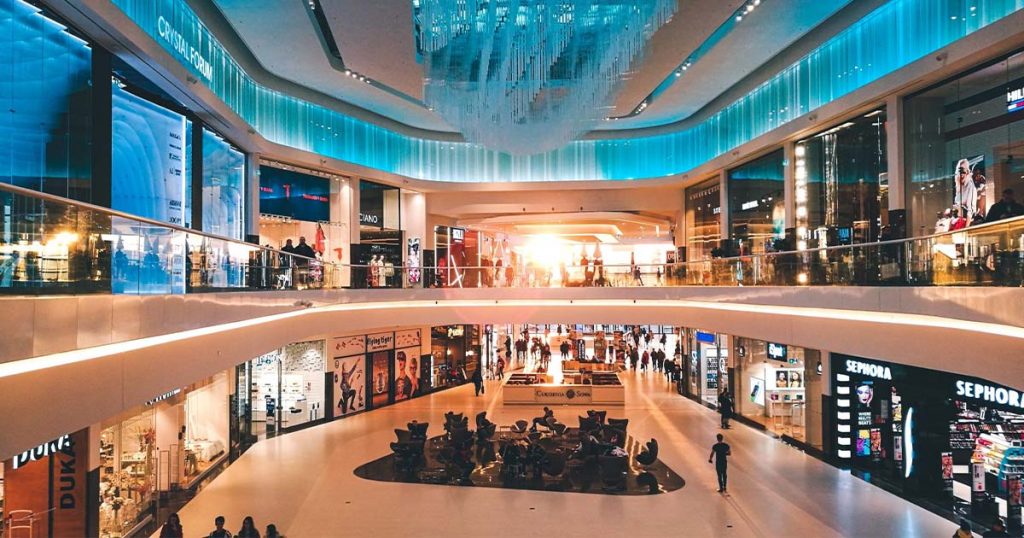 What is Retail Analytics + How Can Your Business Implement It?